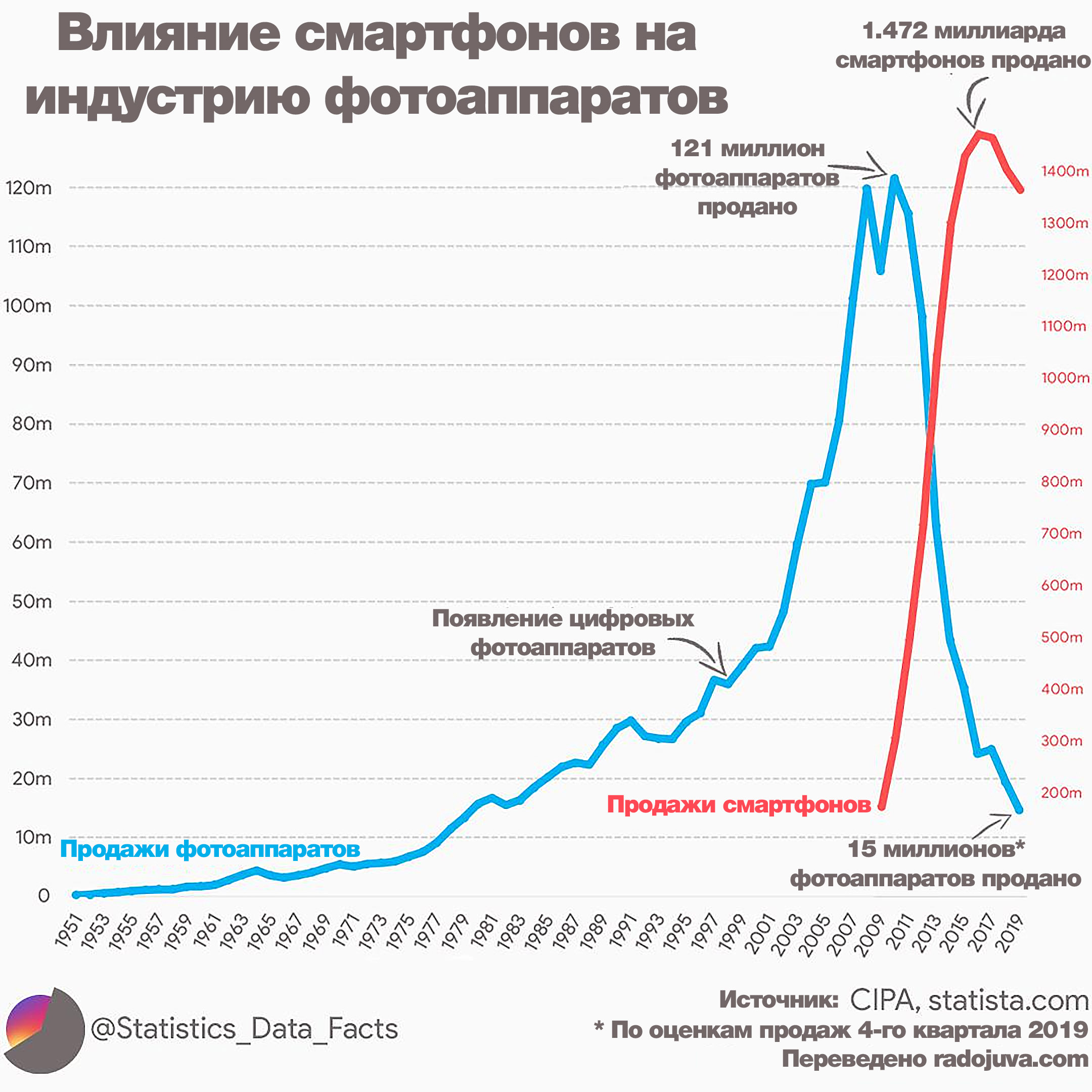 Please note that the scale of the number of units on the left (for cameras) and on the right (for smartphones) have different steps.

That's the end of the fairy tale, and who listened - well done.