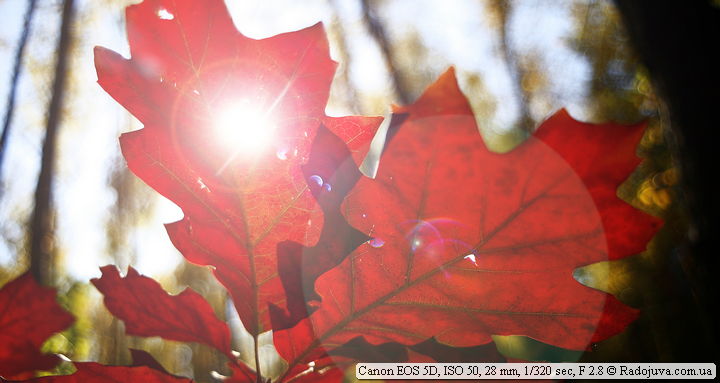 The phase focusing system of modern digital-mirror cameras is built on special phase sensors that receive an image using additional camera mirror, analyze the data and give commands to the lens to focus in one direction or another.

В JVI special areas are visible on which the focusing is performed. These areas are just a visual representation of the focus sensors. In fact, these areas (points, or zones) of focusing on the focusing module are represented in a completely different way: they consist of vertical and horizontal stripes, as well as the so-called “cross-shaped sensors”. Vertical and horizontal areas are also called linear. Vertical bars (which may appear in JVI like vertical rectangles) are sensitive to the horizontal lines of the frame and insensitive to vertical. Horizontal stripes (which can be displayed in JVI like horizontal rectangles) are sensitive to vertical lines and insensitive to horizontal ones. Cross-shaped focus points (which can be displayed in JVI in the form of squares) were created just in order to be able to focus on anything and not worry about the orientation of the sensor relative to the subject. It is also worth noting that the focus areas can be significantly larger than their visual representation in JVI :)

Canon cameras use multiple focus modules, over time more advanced modules are being used in more 'simple' cameras, and more and more sophisticated focusing systems are being developed for flagship cameras.

In some models, cross-shaped focusing points consist of two components (2 'stripes') - vertical and horizontal, usually called precision cross points (high-precision sensor). Each has different lens aperture requirements. For example, the Canon EOS-1D Mark III camera has 19 cross-shaped focusing points of increased accuracy, but there is only one caveat - for lenses with a maximum relative aperture smaller than 1: 2.8, the horizontal component of such points does not work, and the cross-shaped points themselves turn into Normal vertical-oriented linear focus points (except center).

Please note that this refers to the maximum value of the relative aperture (aperture value F), and not the aperture value at which the shooting will be performed. Focusing is always carried out with the aperture fully open, and it must be taken into account. 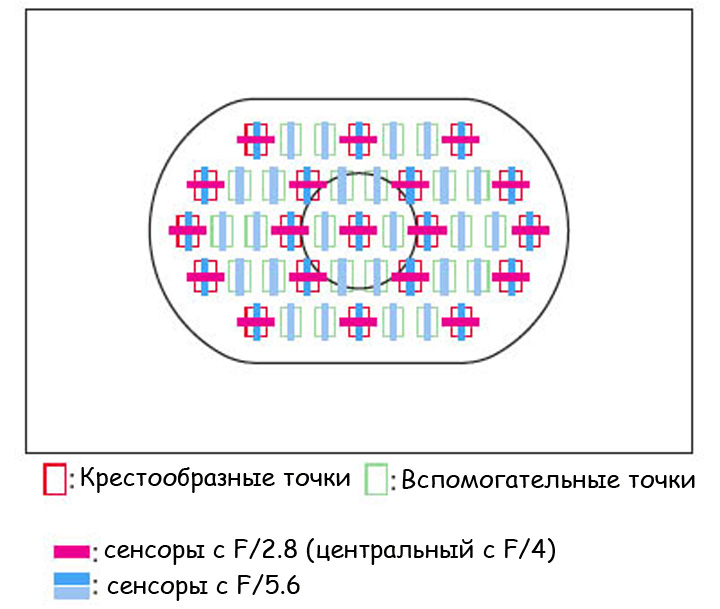 There are also camera models in which the cross-shaped point continues to work normally (without increased accuracy) on 'dark' lenses, and when using a high-aperture lens, it simply gains additional accuracy. For instance, Canon 6D with 2.8 lenses

In some models, double cruciform points are used, it can be conventionally said that such points consist of two cruciform points rotated to each other by 45 degrees. Think of it as '+' and 'x' superimposed on each other. This combination dramatically improves focusing performance in difficult conditions. 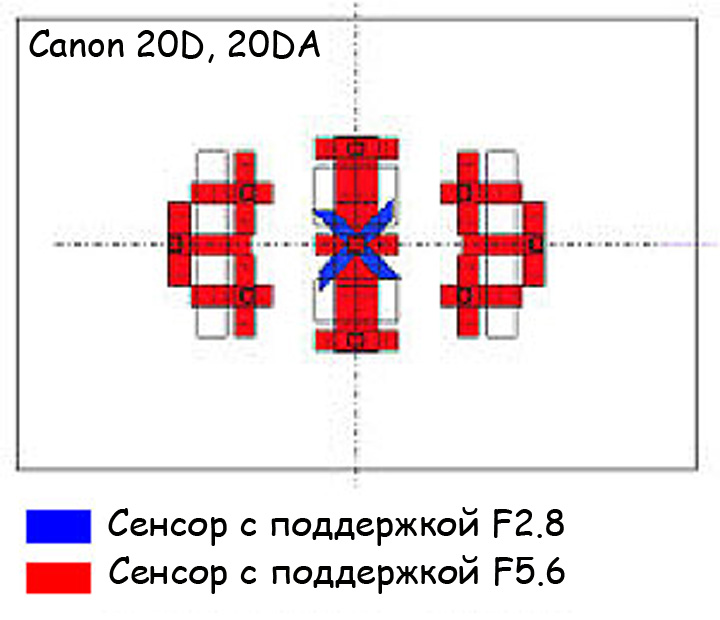 Table: Phase focusing systems for all Canon EOS cameras. For the sake of this plate, I did the article.

The instructions for some cameras indicate a list of lenses that do not fall under the general rule of focus points depending on the number F, especially when using teleconverters.

Only 'older' Canon cameras can use one or more center focus points for normal operation with lenses that 5.6.

Also, you can not ignore the focus using Live View, in this focus mode, the main mirror of the camera rises, and focusing is due to the main matrix of the camera.

By the way, when viewing with Live View, all cameras have the ability to use Quick mode, in which the camera exits Live View, focuses using phase focus sensors, and then turns on Live View again. 20Da cameras, 40D, 1D Mark III and 1Ds Mark III really do not have full auto focus in Live View using the camera’s matrix directly.

I would be grateful for the repost and addition of information in the comments :)

In the comments, you can ask a question on the topic and they will definitely answer you, and you can also express your opinion or share your experience. For the selection of photographic equipment, I recommend large catalogs, for example E-Catalog. Many little things for the photo can be found on AliExpress.