How to check the camera before buying?

Every day on the website of Radozhiv they ask me how to check the SLR camera and lens when buying, especially when buying a used one. photographic equipment. Digital cameras are complex devices and it is simply not possible to check all the functionality of the camera “quickly” when buying. 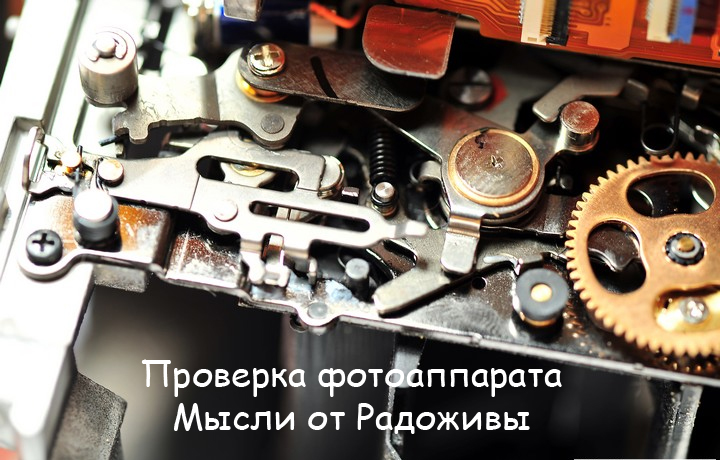 Checking the camera. In this figure, the insides of the Nikon D700

Often, the difficulty of verification lies in the fact that there is neither time nor appropriate funds for full testing in the store. Therefore, I advise you to perform a basic check in the store, and a more detailed one at home. For example, in Ukraine, you can return the goods without any problems within 14 days. You just need to save all the papers and boxes, and within 14 days of using the camera, any 'critical bug' will appear on its own.

Recommendations for the purchase:

DSLRs and other cameras usually either work or don't work. If the camera has problems, then in just 1 hour of actively poking around in the menu and taking test shots, you can confidently find the problem. Usually the problem is all sorts of errors that appear on the camera's display and after which the camera stops working. Errors after shutdown may disappear and then appear again. Another pitfall may be a non-obvious problem with a sticking mirror or shutter. Typically, a mirror or shutter can stick with burst shooting and with different orientation of the camera in space. I know of cases when the camera worked fine in the vertical case, but did not work in the horizontal case at all.

SLR cameras can be crammed with a huge number of mechanical parts that can fail. You can look at my insides Nikon D700 In chapter 'Disadvantages of modern DSLR cameras'.

Detailed camera checks are tricky. Not every person will be able to understand the intricacies. Therefore, I recommend to amateur photographers to 'drive the camera' as much as possible in a variety of shooting modes for several days. If after such a 'run' everything works fine, then 99% that everything is in order with the camera. It is very good if you have a friend who understands cameras and who will help you test the camera.

In the comments, you can write down your verification methods and nuances that you have encountered in life - help others not to step on the same rake. Thanks for attention. Arkady Shapoval.