Many users cropped cameras often complain that it’s difficult to get a good picture from such a camera and that you must use full frame. Many people just drool on full-frame camerasthinking that they can do something improve their photos. And if you really want to shoot a full frame, and at the same time invest a little bag of money to purchase a camera, then this article is just for you. 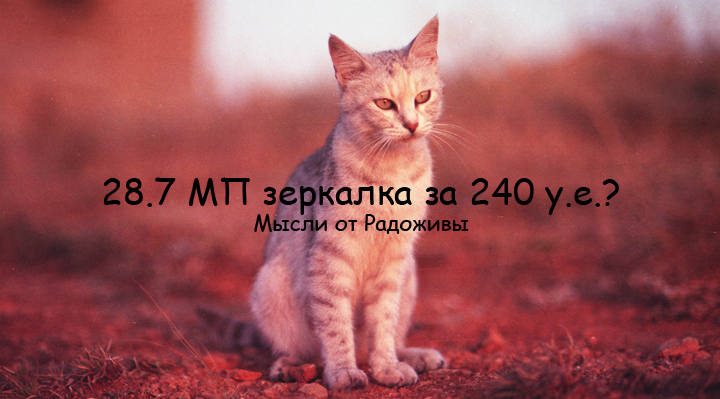 Shot on the same Full Frame :) 28 MP for 240 cu The cat is photographed in the sunset red sun.

Any good photography is based on the desire and skill of the photographer, everything else (including photographic equipment) is just a distraction from the main goal. I am often reproached for advocating to shoot with cheap equipment. I don’t actually do that, I advocate the idea that you can get a good shot from any camera if you want. Of course, the better the technique, the easier and faster the result can be achieved. Those who want to get good pictures get them from anyone, sometimes even the cheapest technique. 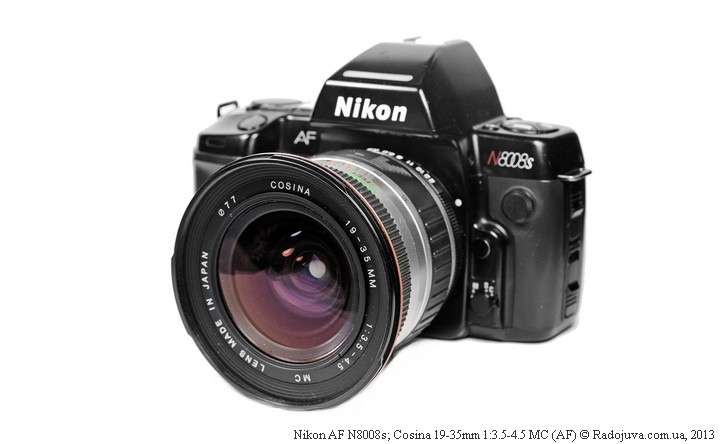 Actually, in this photo almost the whole essence of the article :)

Therefore, if there is a key aspect - desire, then for only 240 cu can:

Shoot with a full-frame SLR camera, with fast automatic focus, good serial shooting with a huge frame buffer, a huge optical viewfinder, nice controls and at the same time take pictures at 28 MP. 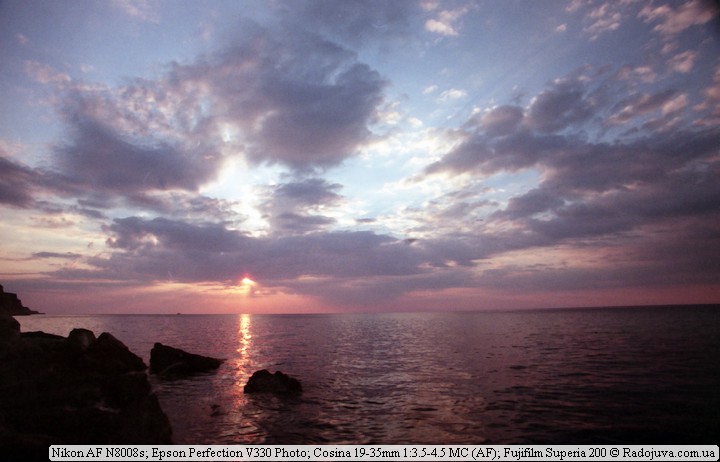 Example photo on my set. Sunset.

The secret is very simple - just use a film camera.

Many readers may think that the film camera is something terribly ancient, incomprehensible to manage, morally obsolete and unsuitable for use in the era of modern monsters Nikon D4 и Canon 1DX. In the vastness of the CIS countries such an impression people have it from the fact that in the Union and on its territory not a single SLR narrow-camera camera with automatic focus was released. Seriously, the old Zeniths do not cause any interest among young people, the main reason for which is the complete obsolescence of technology. 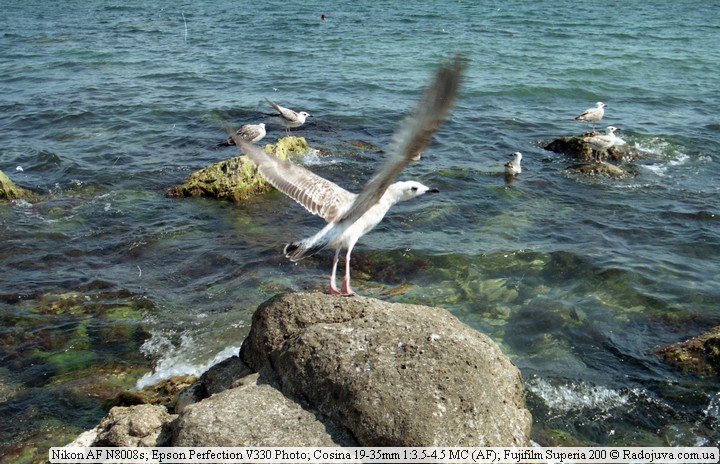 Example photo on my set. Gull

But in other countries long ago let out pretty autofocus analog volatile DSLRs with interchangeable lenses. Moreover, using such a SLR camera is no different from any modern amateur DSLR camera. Nikon D3200 or Canon 600D. 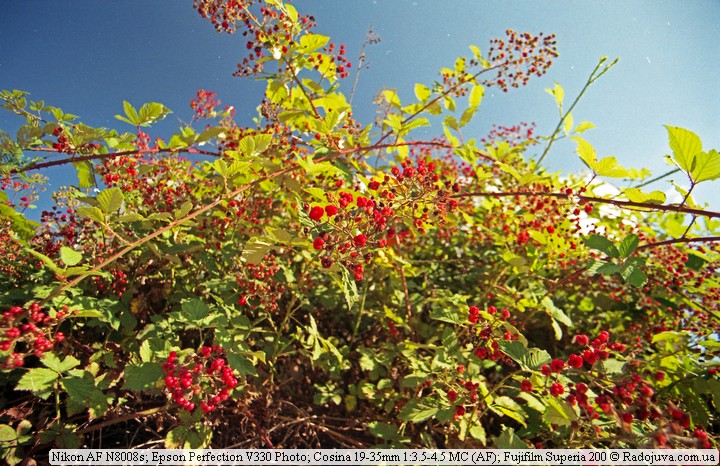 I conducted an experiment, which cost me quite inexpensively, as a result of which this kit was assembled here: 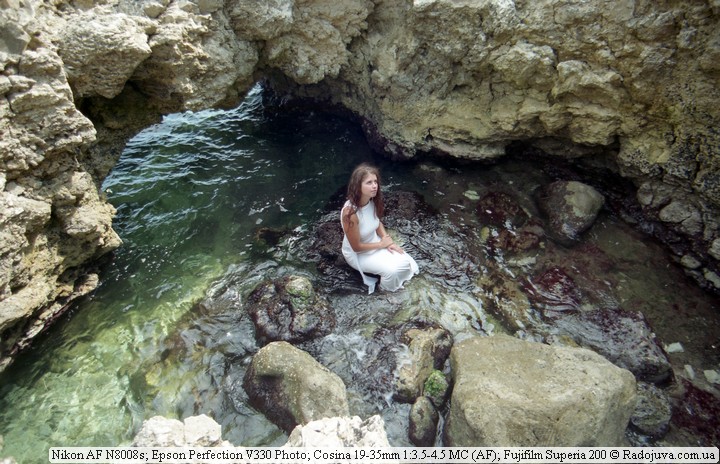 Example photo on my set. Among the stones 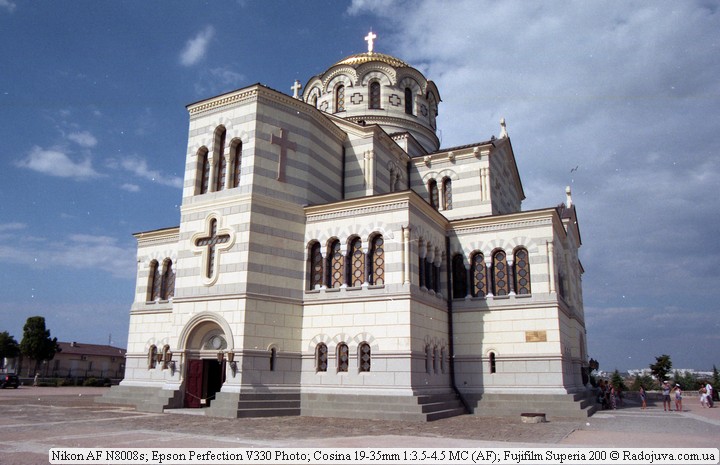 Example photo on my set. Temple in Chersonesos.

The following describes where I got 28 MP from the old film camera.

Of course, the 28MP figure in the article is a duck. But you can still get this figure in this way - the film has a physical frame size of 24mm * 36mm. Let's find the area of ​​the film in square inches, since the parameters of the scanner are indicated in inches. 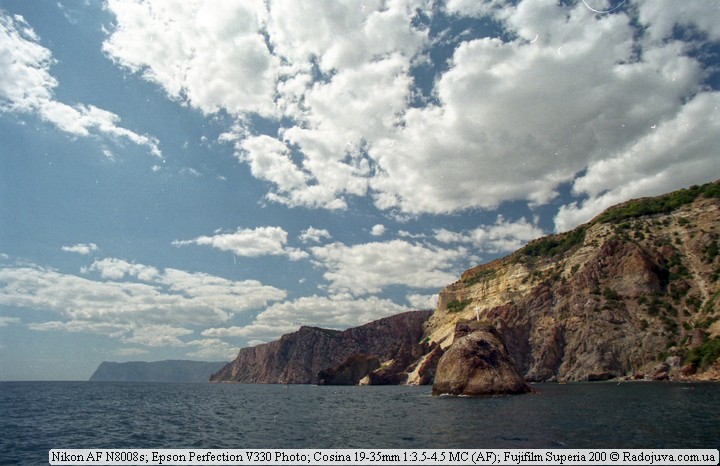 Example photo on my set. Landscape 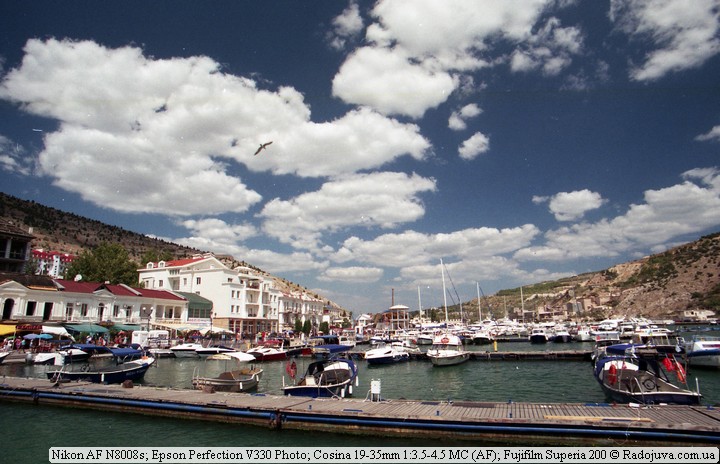 Example photo on my set. Balaclava

If your scanner has a different DPI, then the number of pixels when scanning a film frame can be calculated using the following simple formula:

Some scanners in specifications have different DPI in height and width, for example, 4800 * 9600 is indicated in the specifications of my scanner. In fact, I can only scan at 4800 * 4800 or 9600 * 9600. The last option is half interpolation. The 'maximum possible DPI' is often indicated, for example 128000 is simply bloating the final image using a mathematical method of interpolating pixels, these numbers should not be paid attention to. 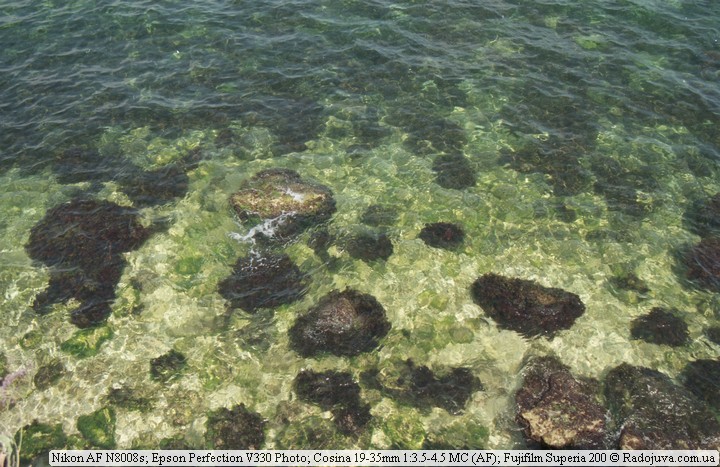 Example photo on my set. Near the shore

The simplest scanners with a slide adapter have 1200dpi, as a result, such a scanner can be squeezed out of one film shot:

I indicated '28MP camera' in the title of the article, since my Epson Perfection V330 Photo cuts off the edges of the frame a little when scanning and we end up with images not from the entire area of ​​the film, but from a slightly smaller area. For example, a scanner often creates images like 6639 * 4319 pixels. Those who are chasing megapixels have already realized that from such a simple set you can squeeze these (or not these?) megapixels almost as much as Nikon D800 (a D800 costs almost 3000 cu). 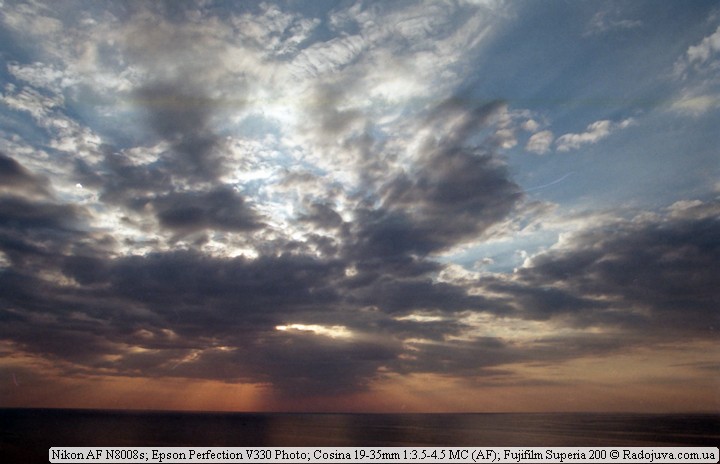 Example photo on my set. Another sunset

By itself, for serious work, such a set is no good. But the task before me was quite amateurish. For 240 cu I can enjoy a full-frame camera with convenient professional-grade control, an ultra-wide-angle lens that helped me out well on vacation and in addition I have a scanner that is convenient for scanning mail invoices :). I do not advocate fussing with a film camera, but once again I want to emphasize that there is absolutely no difficulty in working with a good analog camera. And instead of being discouraged that someone full frame, you can easily and simply shoot a full frame yourself. 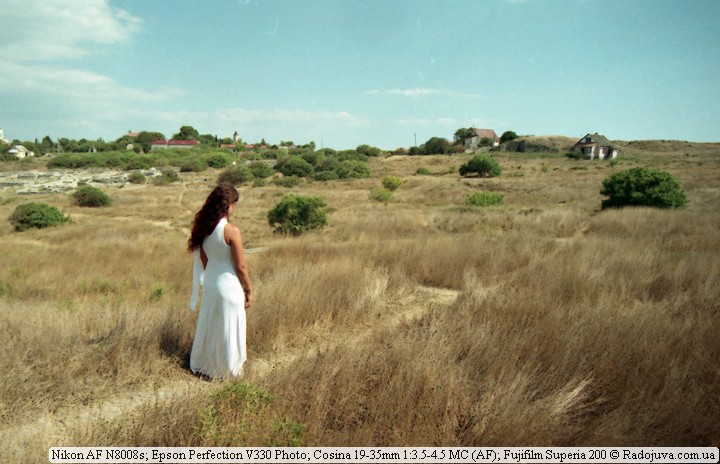 Example photo on my set. Road.

Conclusions:
All of the above applies not only to my set. I brought my film set as real worldly example. Now buy used Nikon or Canon's autofocus analog camera is easy, the same goes for good-old lenses. The same story with the scanner.

Comments on this post do not require registration. Anyone can leave a comment. For the selection of a variety of photographic equipment, I recommend E-Catalog и AliExpress.