Yes, this review features one of Nikon's first DSLRs - Nikon D1H... The camera is about 12 years old, it is very interesting to write and work with such a rarity. The Nikon D1h is an upgrade from the first Nikon D1 to increase burst speed. 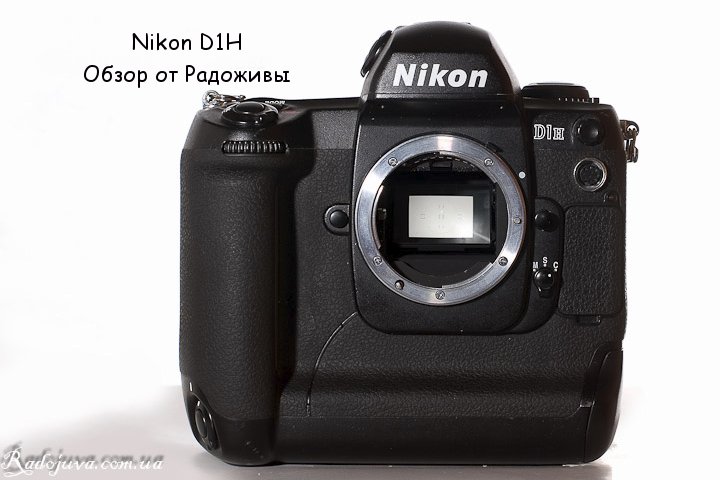 1. The camera has an APS-C sensor, with crop factor 1.5x. What it is and what it affects is described in my article about crop factor. Matrix size (sensor) in area is the same as in modern Nikon D7000, D5100 etc. Matrix size DCC is one of the most important parameters that affects image quality. All APS-C cameras have the same physical matrix size. 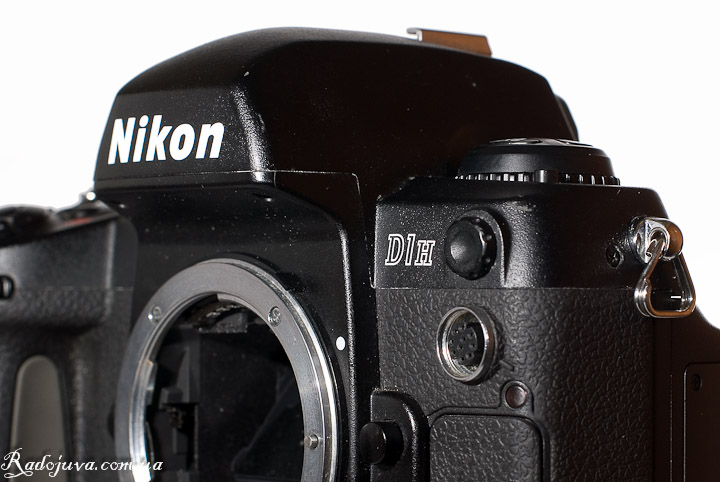 In the days of the Nikon D1H camera, film was the rule, and the Nikon D1 series was the foremost in the fight for the digital photography market. In those days, it was impossible to carry out a full-format digital APS type sensor, which in size would correspond to the size of 35mm film. Therefore, professionals had to come to terms with crop, or continue to film. The situation did not change with the release of the D2 series, and only 8 years later (since the release of Nikon D1 in 1999) did the full-frame digital camera come out Nikon D3. 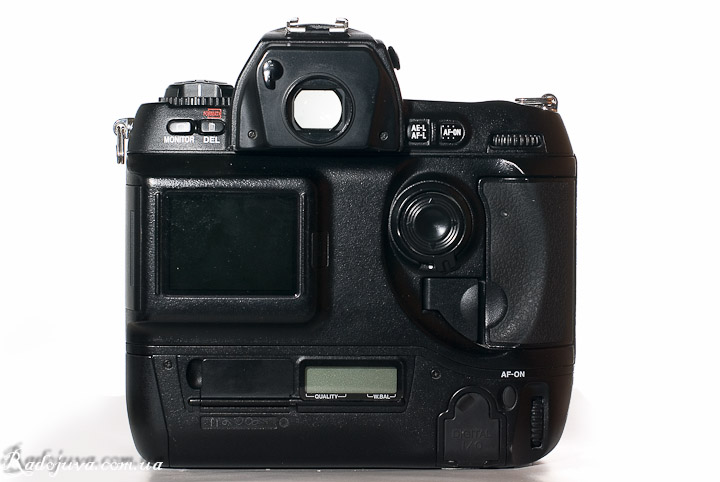 2. The weight of the camera is very large,  more than 1 kg. For untrained people working with the camera can quickly cause fatigue in the hands. The ergonomics of the camera are good. I would say excellent, but the access buttons in the menu are very small and hidden behind a protective slider. Almost the entire body of the camera is rubberized. The camera can be used both in standard landscape mode (horizontal) and in vertical portrait mode. For this, some buttons are duplicated. Unfortunately, the selector has only 4 directions and does not have a central button. But the camera has two monochrome displays, which make it very convenient to set all the most necessary parameters. I configured a programmable button to change image quality. There is a button on the front of the camera to preview the depth of field; it cannot be reprogrammed. 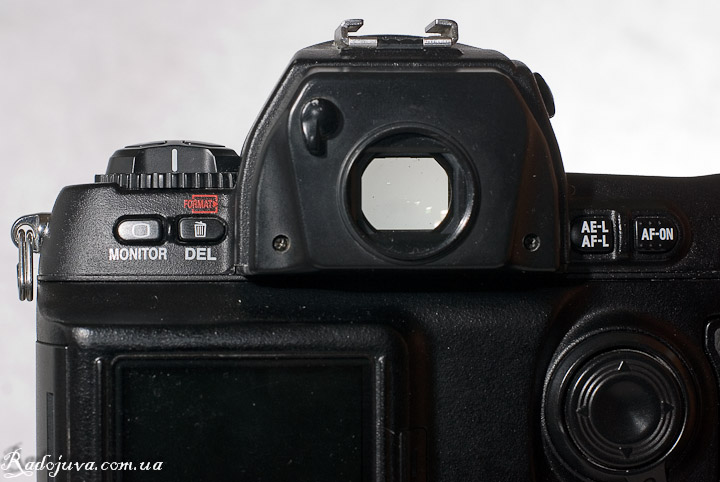 3. The focusing system is based on the Nikon Multi-CAM1300 sensor with 5 focus points (zones). Yes, 5 focus points now it's pretty damn small, but a professional at that time could work with a single focus point. When I tested the Nikon D1H camera, it turned out that the focus is quite tenacious, but inferior to any modern camera. There are only a few focus settings available - AF-C (servo), AF-S (single), AF M (manual). In mode AF-C and AF-S focus tracking is always active. And in the camera, there are always two modes of operation with focus areas: one-point and automatic (according to the closest object). Nothing superfluous - everything you need for the photographer's “survival”. 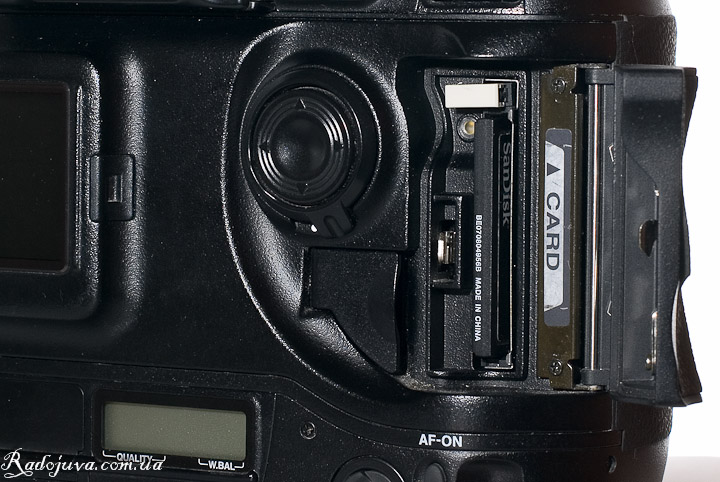 4. Nikon D1H supports CF cards  (I, II, Microdrive), but the camera only works with cards up to 4GB. I used a 2GB card without any problems. A 2GB card accommodates over 1200 photos in JPEG Fine mode, and around 500 RAW photos without compression. Nikon D1H refused to work with my 32GB card. In 2001, even 512MB was considered a huge luxury. On the memory cards they even wrote Digital Film (digital film). Given that the size of JPEG files is very small, 2GB is enough. 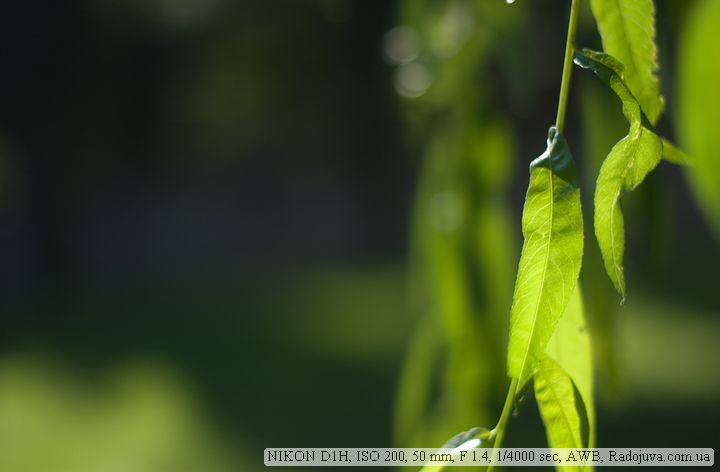 5. The battery of the camera is Ni-MH Battery Pack EN-4 (7.2V DC) - this means that it is very heavy and has a “memory” effect. To remove the “memory” effect on the charger, there is a Refresh button. Unfortunately, despite its large parameters and weight, the battery runs out very quickly. Now they use much better lithium-ion batteries. My batteries pull out up to 100 shots. For the review I was provided with as many as 3 pieces. 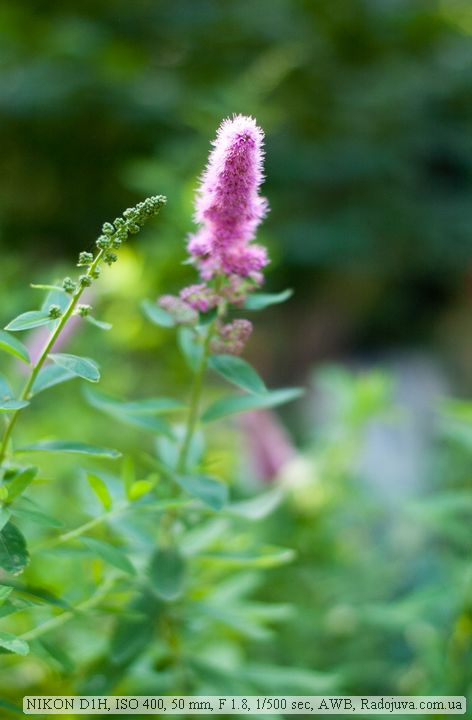 Sample photo on Nikon D1H. ISO 400 is quite bearable

6. Frame buffer and shooting speeds are simply chic. In Tiff format, JPEG (at any quality and color space settings) can fit 40 pictures to clipboard. With shooting speed 5 frames per second You can shoot a series of 8 seconds. This is a chic figure, even by today's standards. True, in RAW format, the buffer only holds 27 framesbut it is more than that Nikon D300, D200, D7000... Shooting in RAW, you can shoot continuously for 5 seconds. RAW format is available uncompressed and compressed. This speed and buffer performance is very attractive. Roughly speaking, buffer and burst are the main indicators of camera speed. 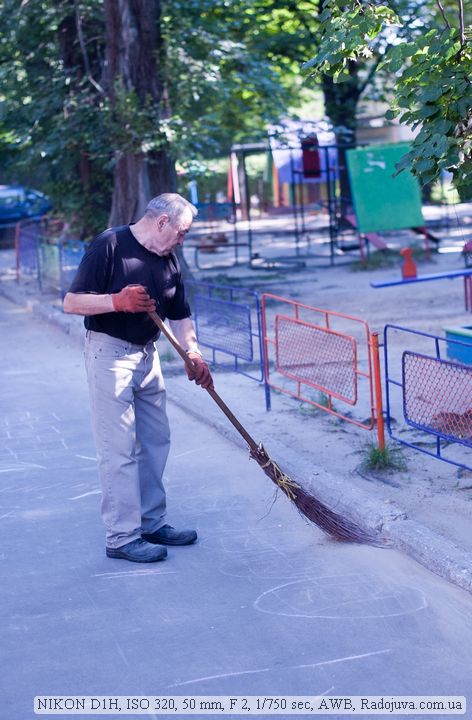 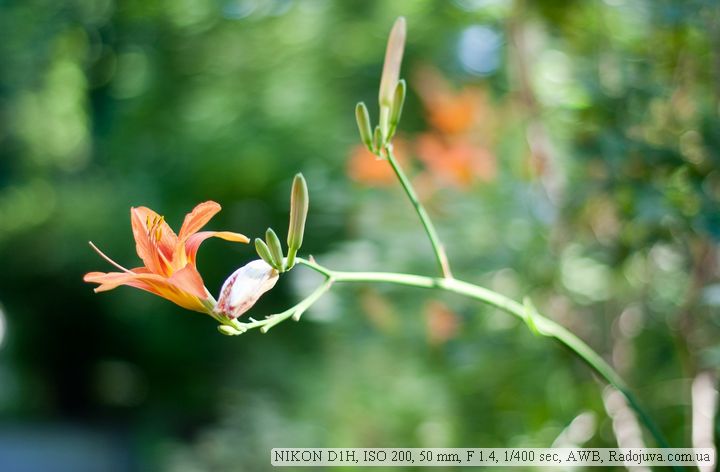 8. Nikon D1H has ISO 200-1600 expandable to 3200 (Hi1), 6400 (Hi2). The same ISO range uses Nikon D100. The ISO extension is not available through the selector and ISO button. Advanced modes are available only through the camera menu and when they are turned on, changing ISO values ​​becomes unavailable. Yes, the matrix by the standards of our days is very noisy. But, at low ISO, a quite good result is obtained. It is a pity that the camera does not have ISO 100. Most likely, due to the lack of ISO 100, a shutter with shutter speed in 1 / 16000s. Funny but even Nikon D300 has an extended range of 6400. 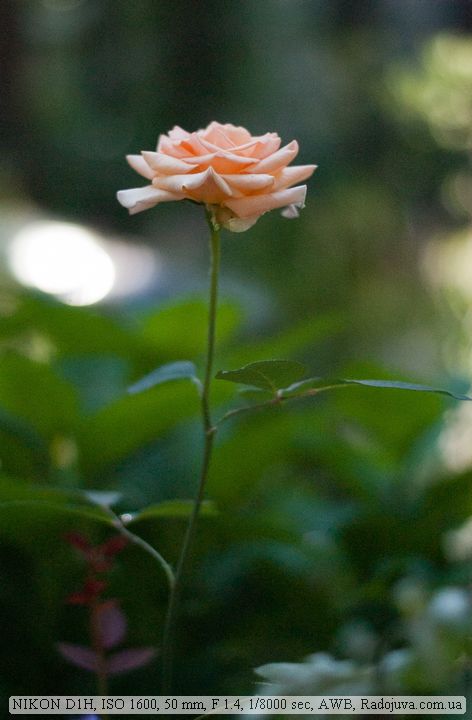 Attention: The menu does not support Russian. 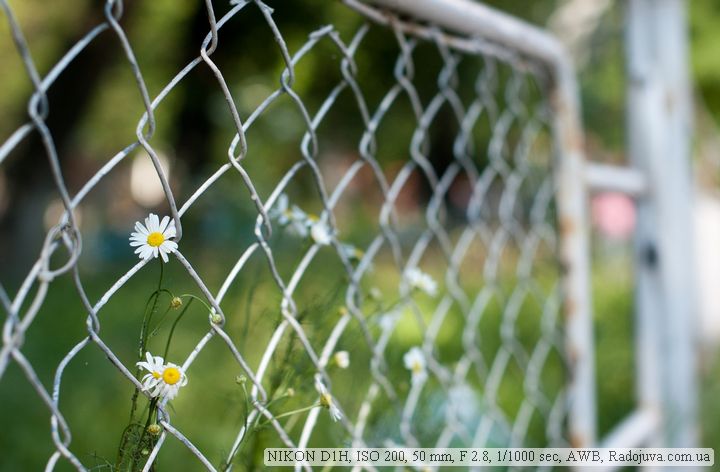 Example photo on Nikon D1H. A photograph is more affected by a lens than a camera.

10. Nikon D1H has a built-in focus motor, which allows you to work with AF lenses (without a focus motor). This will help to save on optics using good old type lenses. Nikon 50mm F1.4D, Nikon 85mm F1.8D etc. 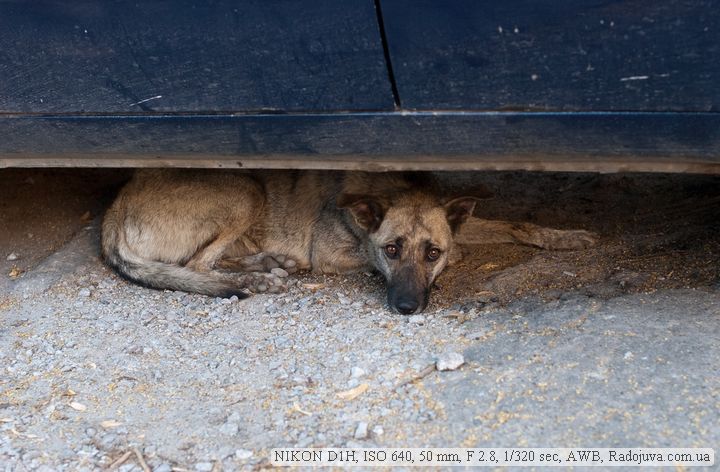 11 Measurement exposure with old lenses center-weighted or spot only.

Attention: Nikon D1H does not support matrix metering exposure with old unchipped lenses. Most likely, this is due to the fact that the lens parameters (focal length and aperture) cannot be entered into the camera. The camera has a ring for reading the aperture value from the lens, but the display will always show F–. The camera measures the exposure from AI-S correctly with lenses (checked on AI-S compatible Helios-81H). No matrix metering exposure fixed in Nikon D200. 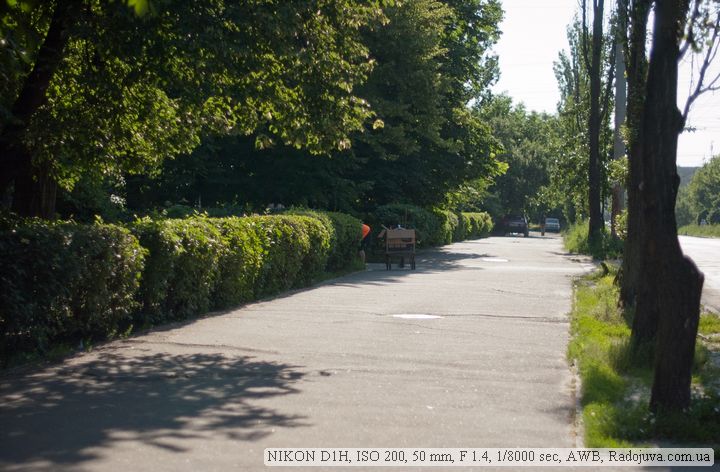 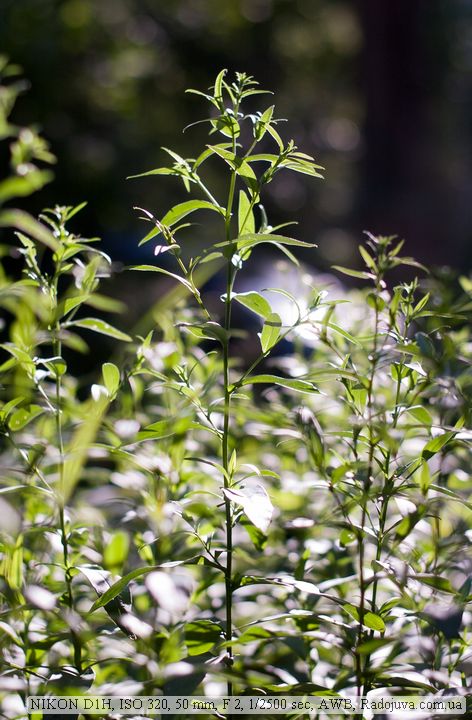 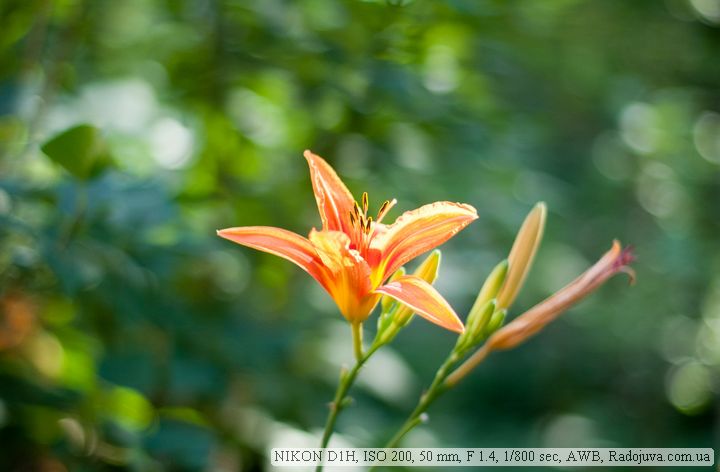 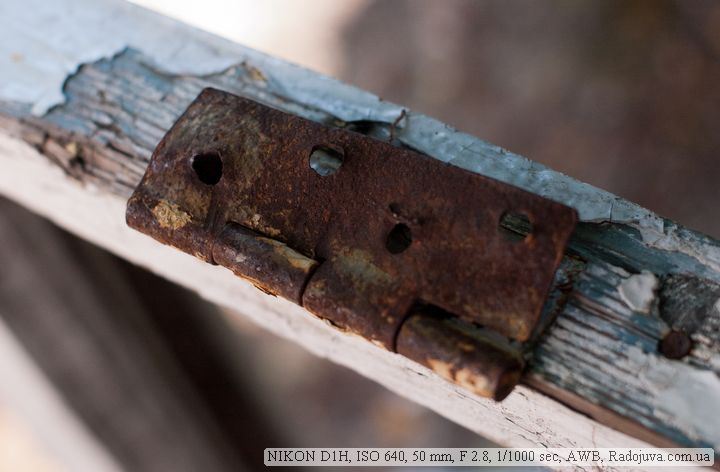 I do not recommend Nikon D1H for commercial photography, the camera can only be purchased for personal use, creative photography. This is due to the fact that 2.6MP for today is really not enough. Also, the camera has a very small reserve of frames per battery. Despite all the disadvantages - I was very pleased to work with the Nikon D1H - the camera sits very well in the hand, its portrait mode is very convenient, you quickly get used to ergonomics.

It is interesting to ask the question - what did the users of Nikon film cameras do back in 1999, to whom digital fashion dictated the transition to Nikon D1, D1h, D1X? They didn’t bother with the choice, and even on D1 they made damn wonderful shots.

Important: Nikon has a serious problem with swelling and peeling gum from the camera body. Nikon D1H does not suffer from such diseases, her gums remain in good condition for a long time. My copy of this is excellent evidence. 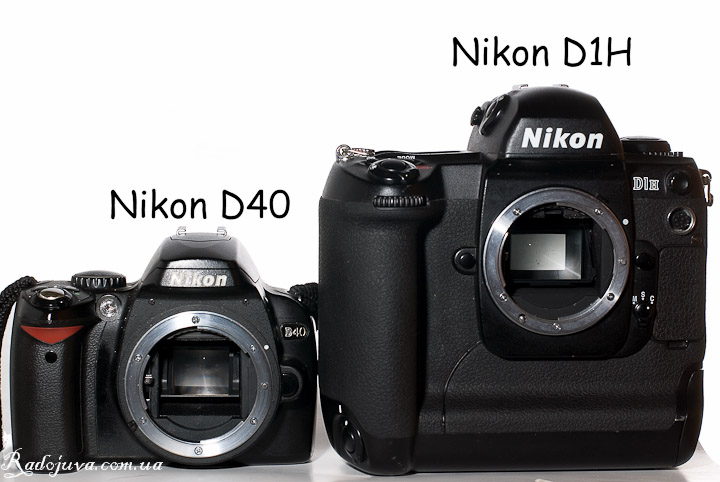 All photos without processing, the original maximum size with Nikon D1H. Everything is filmed on Nikon 50mm F1.4G AF-S, RAW without compression, converted to JPEG Q = 80% using Lightroom + imprinted data from EXIF for a quick understanding of shooting settings.

Prices for modern Nikon cameras in popular stores can look at this link.


Comments on this post do not require registration. Anyone can leave a comment. For a catalog of modern lenses, see Moyo.ua.

Nikon D1H is an interesting vintage professional camera with a large buffer and fast burst shooting up to 5 fps. Nowadays, a number of camera parameters are morally outdated, since cameras are much better.